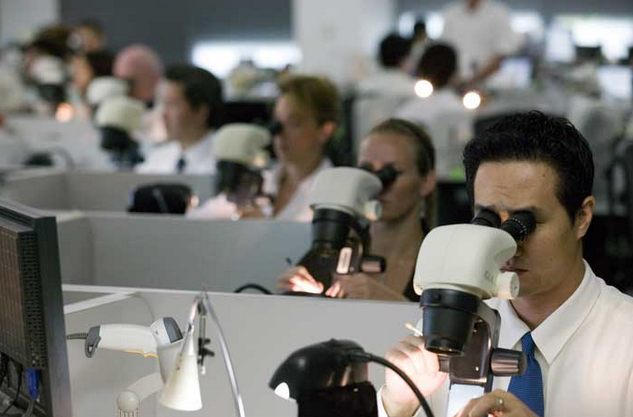 We at Laura Preshong want every diamond client to feel that they have made an educated diamond purchasing decision. The benefits of purchasing a certified diamond is the standards set in grading, such as the 4C’s that aid the consumer in making an educated purchase. Laura Preshong only sells ethically sourced diamonds graded by the Gemological Institute of America or the GIA, but we thought you might like to know the difference between the top two.

The most popular laboratory certifications are the Gemological Institute of America (GIA) and the European Gemological Laboratory (EGL). So first a little background to help you understand the differences between the two laboratories.

Established in 1931, GIA is the world's foremost authority on diamonds, colored stones, and pearls. A public benefit, nonprofit institute, GIA is the leading source of knowledge, standards, and education in gems and jewelry. They currently have locations in all major diamond cities in the world, including Carlsbad, New York, Moscow, Florence, Antwerp, Tel Aviv, Mumbai, Gaborone, Johannesburg, Beijing, Hong Kong, Seoul, Tokyo, Osaka, Taipei, and Bangkok. GIA is credited with standardizing grading diamonds by introducing the Four Cs. They offer diamond grading services and diamond laser inscription, as well as educational services for professionals and consumers.

The EGL International and the EGL USA laboratories were founded in 1974 in Europe.Their EGL International locations are found in Antwerp, London, Paris, Mumbai, Johannesburg, Hong Kong, Seoul, and Tel Aviv. Their New York, Los Angeles, Vancouver, and Toronto laboratories are considered part of EGL USA. The EGL is known for its grading techniques for diamonds weighing less than one carat and for the “SI3” rating for diamond clarity. 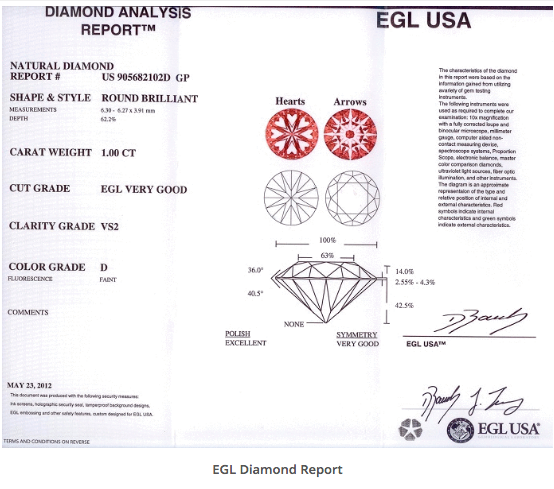 Laura Preshong recommends only GIA grading reports based on our personal experience as well as media reports exposing prolonged over grading of diamonds and misrepresentations of diamond quality. EGL gained popularity because consumers are under the impression that EGL diamonds are, on average, less expensive than identically graded GIA diamonds. While the grading terminology used by both companies is almost identical their implementation and standards are very different. As an example we found that an EGL diamonds graded as F color VS1 clarity was equivalent to a GIA graded G/H color SI1/2 clarity. As a result of the prolonged inconsistency in EGL grading reports, GIA is considered to be the more reliable report and the stone more valuable.