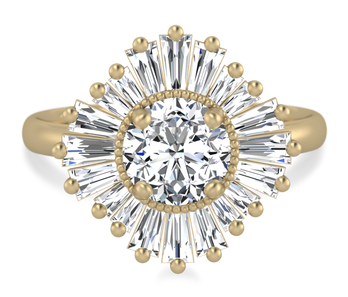 Whether your engagement ring is a family heirloom or a custom design, the style of your engagement ring is important because you’ll wear it for a lifetime. There are thousands of styles available, with a multitude of choices when it comes to the cut and shape of the stone, the color of metal, and setting style. Like wedding dresses and cocktails, popular engagement ring styles have changed drastically over the years. Just think about your grandmother’s or mother’s engagement ring, often very different styles reflecting the times they were made in. 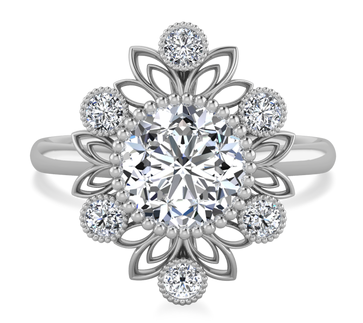 The Victorian Era was a very romantic period, partly because Queen Victoria married Albert whom she loved deeply(not at all common in royal marriages that were often arranged). Designs at this time played heavily with flowers, bows, hearts, bees and symbols of eternity, like snakes and wreaths. In the late 1800’s these ornate, romantic designs became equally as popular as diamond engagement rings when large diamonds deposits discovered in South Africa opened the diamond market up to more and more people. It was also during this era that Louis Comfort Tiffany invented the stone setting prong and made famous the ‘Tiffany Setting’ the six prong setting highlighted the diamond and lifted it towards the sky. 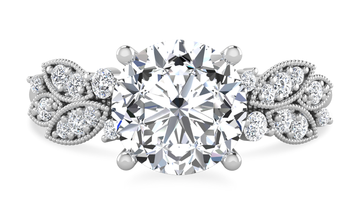 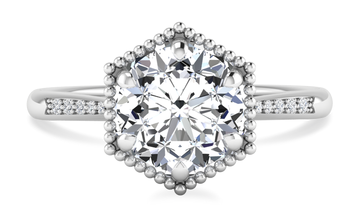 The 1920’s and 30’s were known for the Art Deco style which featured geometric patterns, straight lines and often small diamond clusters as opposed to a single center stone. The Asscher cut diamond gained popularity during this period because of it’s straight step cuts and modified square architectural shape. 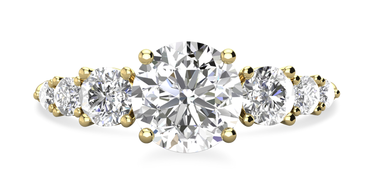 The 1940’s turned away from the straight lines and platinum of the Art Deco period and returned to the more floral inspired designs of the Victorian and Edwardian period, only this time in yellow gold. The large center stone again became a focus as De Beers told us “A Diamond is Forever”. 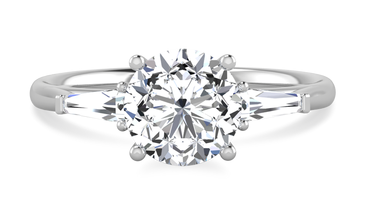 The 1950’s saw greater accessibility to diamonds, but there were fewer distinct design trends. The side stone engagement ring became popular featuring round or baguette side diamonds surrounding a larger center diamond, all still in yellow gold. Engraved designs and braided metal accents were also popular and distinct to this time. 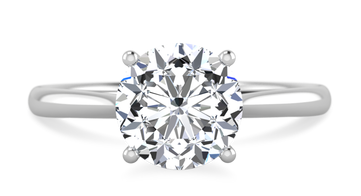 In the 1960’s a classic engagement ring look was still in vogue from the 1950’s, it featured a single large stone or simple symmetrical side stones. It was also during the 1960’s that Hollywood starlets were continually in the news and were beginning to set fashion trends. Elizabeth Taylor’s massive diamond rings, and Jackie Kennedy’s stunning two stone emerald and diamond engagement ring left women all over the world wanting the same large diamonds and colored gems styles for themselves. 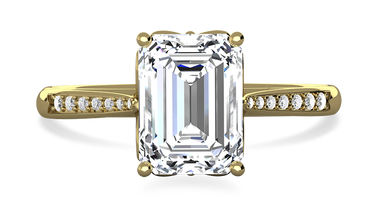 The 1970’s brought new fancy cut diamonds and gemstones to the ever changing jewelry and engagement ring markets. The introduction of the princess cut, emerald cut and oval cut diamonds to the market were quick to become trends along with the coordinating wedding band to create a matching set. 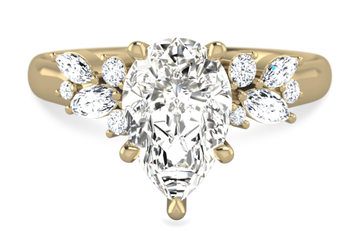 The 1980’s saw a rise in the popularity of the fancy cut gem shaped, especially the pear and marquise, and yellow gold settings. The most famous engagement ring during the 1980’s was Princess Diana’s large Ceylon Blue oval sapphire halo ring. The blue sapphire and diamond halo became an instant trend. 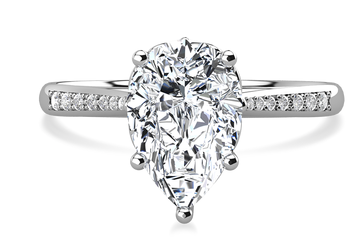 The 1990’s saw the return of white gold and platinum settings, and large fancy cut center stones, especially the marquise cut. The rise of the internet and decades of engagement styles meant there were more design choices than ever, and every woman could have a ring that suited her personal taste and style. 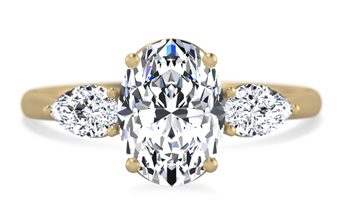 The new millennium saw a return the the traditional rings of the 1950’s, only this time with large diamond center stones but still set in white gold and platinum. The side stone engagement ring and especially the symbolic three stone ring(the three stones are said to represent the couple's past present and future together) were extremely popular. 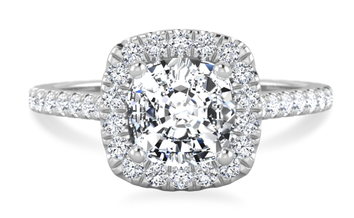 In recent years, the most popular engagement ring style has been a cushion-cut diamond in a halo setting. The halo of small diamond melee surrounding a larger solitary stone gives the illusion of one larger stone. Thinner bands, both set with diamonds or plain, similarly create the appearance of a larger stone and are seen as more feminine. Today engagement rings continue to follow trends, like the peach sapphire set in rose gold, but the classics still prevail with the round diamond solitaire still reigning champ.