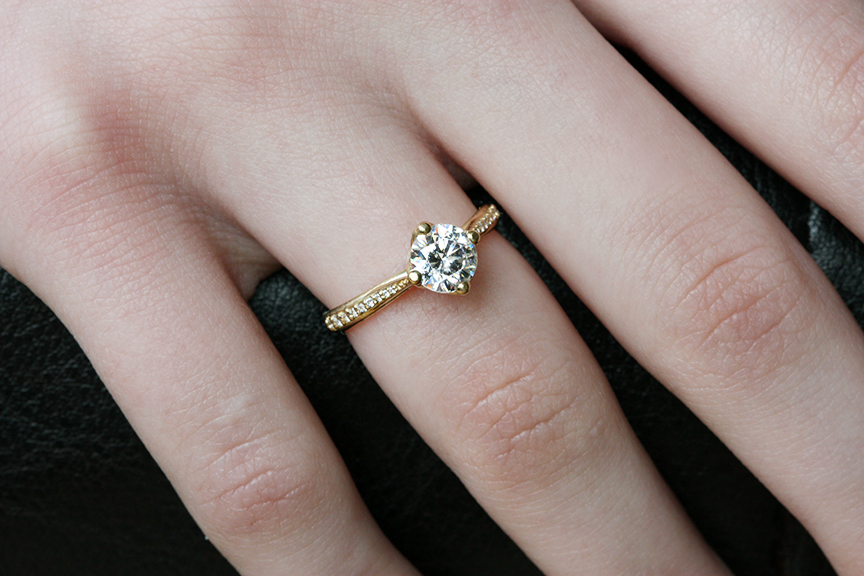 Conflict Free Diamonds are a relatively new but tremendously necessary phenomenon. Conflict diamonds were brought to the attention of the world in 2006 by the Leonardo DiCaprio movie “Blood Diamond". No movie could ever clearly portray the horrors of a civil war torn Sierra Leone between 1991 and 1999, or how the country became so corrupt. But it did open the eyes of the modern diamond consumer, and as a result, today you have a choice about where your diamond is sourced.

Diamonds were first mined in Sierra Leone in 1935 by the De Beers company on a 99 year lease legally obtained from the government. Pretty much as soon as the mining started, theft and illegal smuggling of the mined diamonds began. Within a decade of opening the De Beer's diamond mines in Sierra Leone, the government was struggling to control its diamond industry. They responded by increasing security in their major diamond districts, and requiring the legal mining companies to provide their own security. The increased security on a once diamond free-for-all had detrimental results, the smugglers by-passed the major diamond districts and the Liberia - Sierra Leone illegal diamond pipeline was born.

After gaining independence from Great Britain in 1961, a single Party Ruler Siaka Stevens became Prime Minister. He quickly connected Sierra Leone’s diamonds to political power and wealth and gave himself complete control over the diamond mines by nationalizing them. He encouraged illegal diamond trading to gain more power and money, and the legal diamond exports dropped dramatically during his control over Sierra Leone.

In 1984, at the end of Stevens rule, De Beers sold its diamond mining shares and removed itself from mining operations in Sierra Leone. Political leadership floundered, illicit diamond trading skyrocketed, and the diamond rich country was ripe for picking. On March 23, 1991 the RUF (Revolutionary United Front) invaded East Sierra Leone starting a civil war. RUF wanted to control the diamond districts, because who ever controlled the diamonds controlled Sierra Leone. The RUF were ruthless to the people it wanted to rule, terrorizing, mutilating, enslaving workers and abducting their children for the war effort. Under pressure from the US and the UN in 1999, a peace treaty was signed and Sierra Leone was returned to the government, albeit the diamond exports remained largely under the control of the RUF. The peace was short lived as the RUF once again attacked the government of Sierra Leone and the diamond districts. Then in 2002, with diamond exportation prohibited from Sierra Leone and Liberia, the civil war was brought to a close by Great Britain and the UN.

The result of such great human tragedy caused governments to take action in the form of embargoes, called the Kimberley Process and the Clean Diamond Trade Act. Today, diamonds are available through clean mining channels from Canada, Botswana, and Australia.

Diamonds are amazing, almost magical. With our ethical sourcing methods, you can purchase a diamond free from conflict, only love.