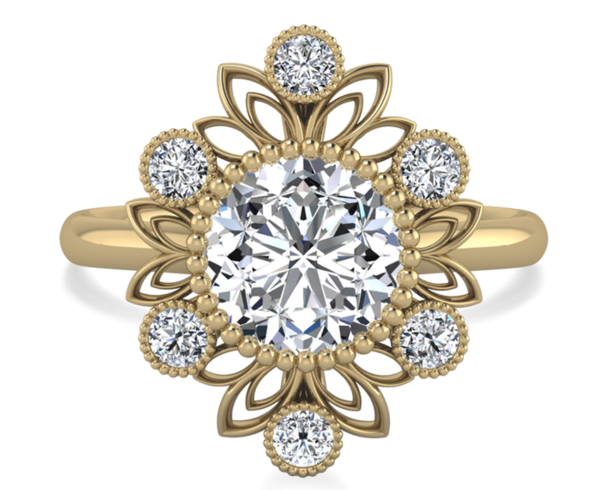 Many of our clients know they want an ethical engagement ring and a conflict free diamond before they come to us, others choose to buy ethical when educated on the advantages of ethical sourcing. But what is an ethical diamond? In a nutshell it means sustainable and ethical mining practices, humanitarian efforts, the safe treatment of miners, and more stringent diamond sourcing practices.

A decade ago conflict free diamonds were considered niche, ethical engagement rings were available but through fewer and more expensive channels. Conflict diamonds were coming to the attention to the world and no one wanted anything to do with them, but where did they come from and how were they ending up on the hands of brides everywhere?

Simplified, Africa has a long history of exploitation, first during her colonization by all of Europe, and then by it’s own countrymen after the colonies were returned to the African people. The freedom to govern caused many civil wars among those who wanted to control the countries within Africa. The result was continued exploitation of the land and the people on a massive scale. Natural resources were sold to fund the ongoing civil wars, and people were enslaved and forced to work in the mines and on plantations. Diamonds were plentiful, valuable and easy to smuggle, or the perfect currency to fund a civil conflict. The issues surfaced when the conflict diamonds made their way into mainstream markets, eventually exposing that mega diamond merchants knew they were making profits at the expense of human lives, and the civil wars in Africa.

Today the diamond industry still isn’t perfect but let’s give it a gold star for affecting change. When faced with public exposure for unethical business practices, the massive diamond industry (mainly De Beers) took solid steps towards correcting and governing itself. Mines were opened in Canada, and Botswana became the ethical diamond capital in Africa. The Kimberley Process was put into place, and the diamond industry yielded to consumer pressure and attempted to right the wrong. Today conflict free diamonds are often called ethical diamonds to reflect a broader change in the diamond industry. Such as the fair treatment of miners, economic development of the communities in mining area and environmental protections.

Our curated diamond collection contains only Canadian and Botswana DTC Ethical Diamonds, all from one US distributor to be assured of origin. Canadian diamonds are currently the only ‘consumer trackable’ diamond available thanks to the CanadaMark Certification Card supplied by the Canadian Government. All Canadian diamonds purchased through Laura Preshong will come with an authentic CanadaMark Card. We use only Canadian Diamond melee in all of our ethical fine jewelry, wedding and engagement rings.

Read more about our Ethical Diamonds and Gemstones, or about Ethical and Conflict Free Diamond mining.